The Televeda Community Successfully Broke a World Record in Bingo! 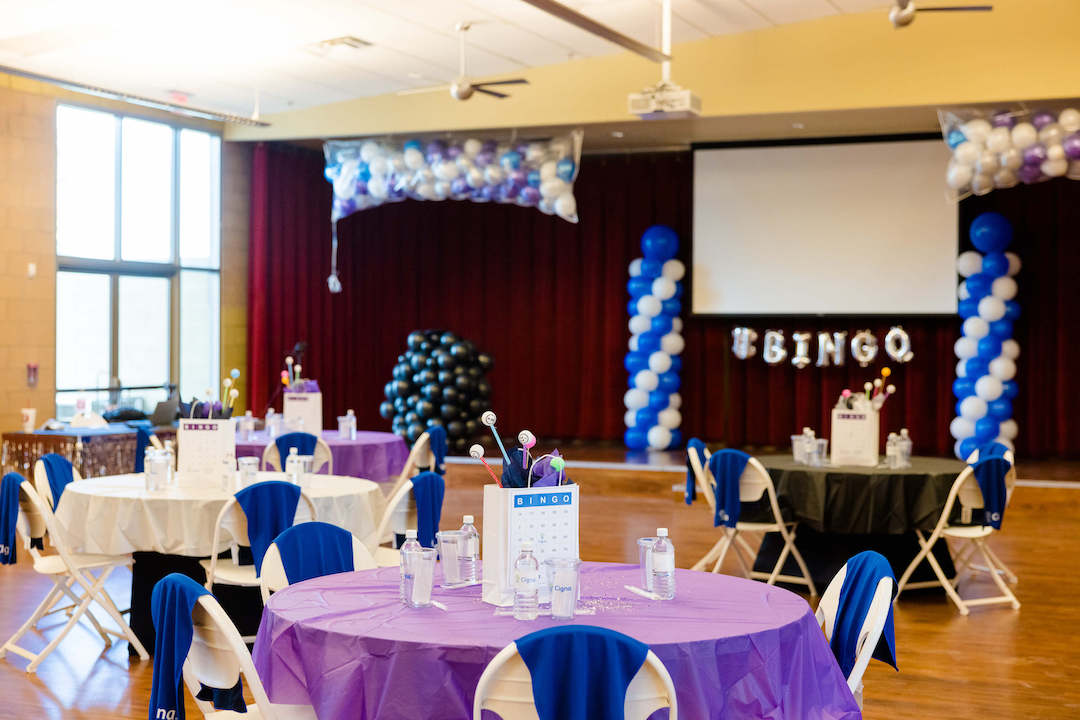 Before we get into it all, we need to start off with this: everyone who participated in the event on Friday, October 22nd, helped set the GUINNESS WORLD RECORDS™ title for most viewers of a bingo livestream on a bespoke platform!

The Televeda World Record Bingo event occurred on Friday, October 22, 2021. It was held virtually on the bingo platform created specifically for the Televeda event (shoutout to our product team for their incredible work by creating the bingo app completely from scratch!), as well as at community centers and cities across the country!

Try out the bingo platform for free at our next Wednesday bingo game coming up!

Our team was primarily located at the City of Chandler Recreation Center...until things got a little crazy. We’ll explain later!

What is a hybrid bingo game?

Hybrid bingo means that there are both people playing in person with physical cards and people playing virtually with digital cards. Everyone still gets to hear and see the bingo callers, as well as the board, and the calls.

A hybrid bingo game allows us to bridge the digital divide. Players that aren’t comfortable with technology--perhaps the older crowd like we had at the participating senior centers and senior living organizations--can play bingo like they’re used to with printed cards, physical chips, etc.

Check out some of the player's from Buffalo, NY's Presbyterian Senior Care home enjoying the bingo in person. Allison Benedict, Activities Director, said it was: "...amazing. Nothing we've ever seen before! Our members love live action and find it incredible that people on the computer can interact with them!"

And then we have the digital lovers can play right on their mobile on the go, or from whichever Internet device they prefer (we had tablets, desktops, and mobiles).

Want to bring hybrid bingo to your next event to get the entire community involved? Book a free demo here to help us bring it to your organization.

How many people attended the world record virtual bingo event?

We estimate that we were split almost 50-50 with in person and virtual players, though any in person players were not counted toward the final record tally, since it was only for streams.

So, where did all these bingo players come from?

Where did all the world record bingo players gather from?

From the hundreds of communities of players, we had people joining from all around the country, including Alaska and Hawaii! This map shows all participating states:

We also had players from 29 countries across the world, including:

Thank you to the worldwide showing for this world record bingo game!

Who supported the event?

We had so many incredible event sponsors. Thank you to our lead community partners, Cigna and Duet Partners in Health & Aging.

From expert marketing to providing goodie bags to players all over the country, we can’t thank Cigna & Duet’s partnership enough!

‍
And all of our supporting sponsors:

We also had an incredible group of social sponsors that shared the event with their communities, really helping to drive registrations up to and throughout the event. Take some time to check out their resources for those of us in the aging space:

Plus: you guys! The players that joined from across the country and world to help set the record. Want to purchase a Guinness World Records certificate? Head here!

The Story Behind World Record Bingo

It was more than just numbers and a record, so let’s dive a little deeper.

Why did we trying to break a world record while playing bingo?

While we love bingo, we’ll be the first to admit it: the day wasn’t just about bingo! The past two years have been hard on everyone: we’ve gone without seeing friends and family for months, what’s “normal” completely changed, and sometimes, it even felt like having fun and celebrating in the midst of everything could be wrong.

So we were determined to create an event that could bring people together from wherever they were, get people excited again, and help bring awareness to a different pandemic that’s long impacted humans: loneliness.

Now I won’t get into the weeds too much, but loneliness has a profound effect on society’s health, particularly for the older demographic. So we really played this event to bring awareness to some myths about aging, and how human connection is the strongest powers we have.

What did we learn from this event?

We’ll be publishing case studies and white papers about this event, but we’ll tell you some of our initial findings now, because who wants to wait!

Why was the bingo event so...slow?

Some common feedback we got was that the game was slow. And it was: we did one full bingo game (up to full house) in about 40 minutes.

Because of the record, we wanted to make sure the game lasted long enough that we could hit the total peak concurrent users we needed. Plus, if people joined half way through, they might know what bingo win we were currently playing. By keeping it one game of full house, we’d be able to determine a clear winner, which was also required for the record.

Was that the best way to go about it? Maybe not, but we gave it a shot! And next time, we’re excited to play multiple bingo games.

And, why did the game start late?

Well, this story is a little lengthier. And we’ll tell all in the case studies we’ll be getting out soon (sign up to get those here). But, long story short:

Why did you make your own virtual bingo application?

We took a look at the current bingo applications out there, and they’re great!

But, we found that none of them had everything we wanted:

So...we made our own! Our product and tech teams did just an incredible job of building this bingo app from scratch.

And we want to keep using it for more hybrid bingo events! Set up a time for a free demo here to see how we can help you host the best hybrid bingo game yet.

Will we have more Bingo or world record events in the future?

Of course! We want to take everything we’ve learned and keep going. We brought some people back to their senior center for the first time, and many of the communities involved found themselves in the local news.

We’re already in the midst of planning some big future events, so keep on the lookout for another hybrid bingo event in the future!

What about a world record? While we most likely won’t do the same record soon, there’s no saying we won’t in the future.

Want to get more details and future plans on world records and bingo events? Sign up to get all the juicy details right to your inbox:

Get The Latest Updates

Thank you! Your submission has been received!
Oops! Something went wrong while submitting the form.
Back to PRESS